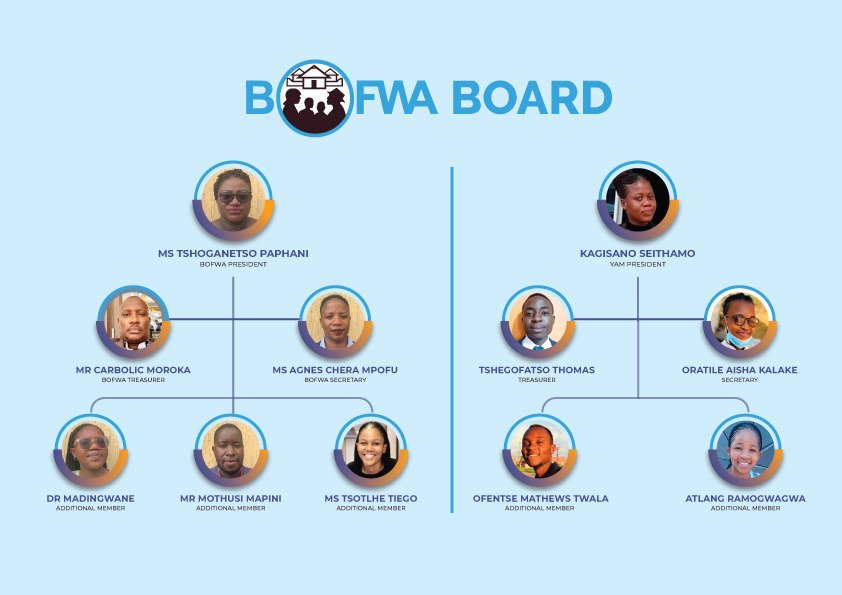 BOFWA is a nationally recognized leader in Sexual and Reproductive Health (SRH) that ensures reproductive health including Family Planning (FP) as a human right to all individuals and families. It is led by volunteers as policy makers and management as programme implementers. Working for 22 years towards this mission, BOFWA pioneered Youth Friendly Services, Parent Peer Education and contributed immensely national SRH, HIV & AIDS, youth development and family welfare. Currently BOFWA provides more than 150,000 services a year. Out of these 100, 000 are family planning.

The organization shifted from the 1988 offering of Family Life Education to delivering comprehensive sexual and reproductive health services since 1996. In the last five years, BOFWA adopted the programmatic priorities of the global IPPF known as the 5 ‘A’s: Access, Adolescents, STIs/HIV/AIDS, Abortion and Advocacy. The “supporting strategies” of Institutional Strengthening and Sustainability and Resource Development capacity building were developed to underpin the 5 ‘A’s, as they are essential to the continuity and expansion of programs and services.

BOFWA has implemented three strategic plans since 1996. The introduction of the last five years (2005 – 2009) 5 A;s framework has helped BOFWA to open up and focus its advocacy priorities on sensitive SRH issues including abortion.  It further introduced governance and management performance grading in three areas being accountability, efficiency and effectiveness. These were further  expanded into ten guiding principles with set standards for Member Association to adhere to. Those who comply as assessed become accredited and those who do not lose their IPPF membership.

The past BOFWA accreditation and strategic plan assessments identified some strengths, weaknesses, opportunities and challenges that the Association would address as they plan for the next cycle (2010 – 2016). Some of  the strengths include the set up of Youth Centres within one third of the county’s districts that has serviced and groomed thousands of young people through clinical services, life skills coaching and mentoring/job shadowing; registration by the MoH as one of the national health service providers and receiving drugs and a minimal subvention; Use of government hospitals laboratories, and benefit from graduate volunteers both self and government attached.

The major weaknesses entailed dwindling funding due to Botswana’s classification as upper middle income resulting in staff instability due to lack of capacity to pay. Weak advocacy and marketing has also contributed to the organization slim growth.  Despite the successes and weaknesses, BOFWA still has some opportunities within the country including; establishment of youth friendly services and parenting education training models. The organization should be alert of the challenges and utilise its competitive advantage to penetrate the market.

BOFWA aspires for every Motswana to have “CHOICE FOR A HEALTHY AND PRODUCTIVE FAMILY” now and beyond.

BOFWA is committed to promoting sexual and reproductive health and rights (SRH&R) with responsibilities to adolescents/young people, adults and families in Botswana. We do this through provision of information, education and counseling, youth and parents life skills development, clinical and outreach services delivery; SRH&R programme training and advocacy. We aim at providing quality service to all its clientele by the year 2016 and beyond.