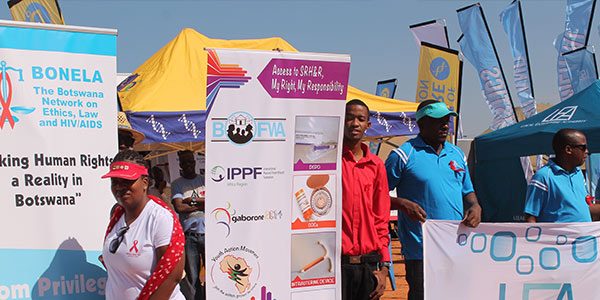 For many years now the country has come a long way in the fight against the HIV and AIDS epidemic. We have had some successes,some challenges and also failures which we have to learn from as a country and the people of this nation.The 1st December 2014 like every year was marked by the commemoration of the World AIDS Day, and this year it was no difference as countries, communities, governments and people honoured this day in the respect of remembering those that have lost their lives to this disease. To commemorate the event Masunga Village was the place to be, which is situated at the north east region of Botswana and it was celebrated under the theme; Getting to Zero new infections, Zero HIV related deaths. As a country our Vision 2016 speaks about getting to Zero HIV new infections therefore it was relative for this year AIDS commemoration to commemorate it under this theme.The World AIDS Day commemoration key note speech was given by his Excellency President Ian Khama Seretse Khama, and was accompanied by different ministers, high level delegates from different organisation, United Nations agencies. In his speech the President of the Republic of Botswana committed that the government will continue to give support to all those that are infected by the HIV virus but edge every Motswana that it is our responsibility to fight this epidemic. More than 100 organisations including governments departments were part of the event to provide information related to the work they do and what services do they have for clients and customers.

In closing the event participants, delegates and the public visited the stalls from different organisations ranging from government department, parastals, private companies and non -governmental organisation getting information, accessing the products which organisation came to showcase at the commemoration.