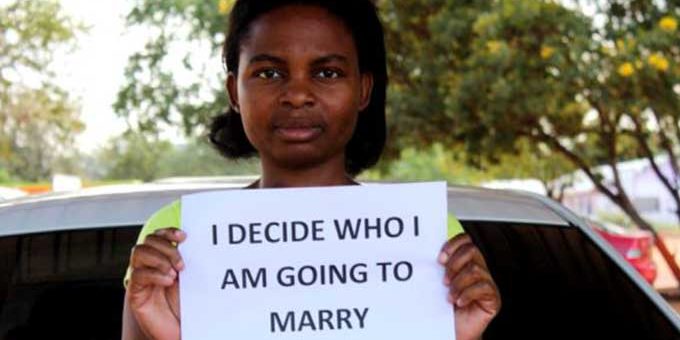 I decide I am going to get married when I turn 30 years, I decide I am going to have two children in my life, I decide me and my partner we are going to choose the right family planning method for us. This is the words that all of us in the world should be able to say without fear of anything and be free to do what we actual want. The world is changing everyday but the fundamental rights of every human are central to every development in every country and around the world. Sexual rights are human rights and these are to be exercised by all persons in the world regardless of where they came from, their sexual orientation, their level of education and the colour of their skin.The I decide campaign is an initiative by International Planned Parenthood Federation (IPPF) which aims at raising awareness to people about the importance of sexual reproductive health and right as a key component in the development of society and nations. It is aiming at putting SRH&R as a priority in the next development agenda which the draft framework has been developed called Sustainable Development Goals (SDGs). The I decide campaign is reaching to people around the world to sign a petition as a way of them making commitment that sexual rights are fundamental to development and different governments should create environments that are conclusive for everyone to freely express them and participate at all levels of development.In its efforts Botswana Family Welfare Association through its leadership programme called the Youth Action Movement (YAM) has been mobilising young people around the country to educate and sensitize youth about the I decide campaign together with stakeholders and partners to sign the petition with the aim of reaching large numbers that people can hold different governments accountable to prioritizing SRH&R as key development component. The YAM reached out to in school and out of school young people targeting them at universities/colleges, malls and social events happening around the country. The use of traditional media has played a role in particularly print and radio.Now with the SDGs been adopted and signed by the different countries one would note that the priority for SRH&R was not positioned very well where you identify the SRH&R component under the Goal 3 which covered a lot of health issues within the one goal. With greater emphasizes it is very important that Young person supporting the I decide campaign people continue raising awareness about SRH&R to show the different countries that the well being of people is a key aspect within development and highlighting the significance of sexual reproductive health and rights for all persons. It is effort like the Vision 2020 that IPPF is going an extra mile to show to the world that indeed for one to play an active role in building his or her country, the health of an individual is critical in particular being able to decide how many children one is going to have, deciding which partner to marry, deciding the type of family planning method to use; one is empowered to be responsible and accountable therefore contributing to the development of the world knowing that our governments care and respect our rights.
Category: NewsBy BOFWAJanuary 22, 2016